Religion and theories of its origin

The problem of religion is very important for a complete understanding of its essence and meaning. If we want to know a certain phenomenon or thing thoroughly, we will definitely ask the question: where, why, how and when they arose, and only after receiving the answer to the question, we will gain knowledge of this phenomenon. This also applies to religion.

But from the point of view of the vast majority of believers and a large part of the clergy, which does not fit into the theological subtleties, the question of the origin of religion does not make sense: God gave humanity the religion, and it is the one that these believers adhere to, religion is eternal and unchanging, it is their religion that is true and does not need to explain its origin. There is already a universally accepted history of religions, which fixes the beginning of each of them.

We know in almost every detail the process of forming Islam, which took place at the beginning of the XI century, when history was recorded. Details are well known and the beginning of Christianity, culminating in its second millennium. Much less, we know about the emergence of Buddhism, since he has more than two and a half thousand years.

From distant ages comes to us the news of ancient religions, about their beginning and end. The religious ideas of people at dawn, their existence are evidenced by numerous facts of science. All peoples had their religion. Religions arose, developed, disappeared, changed by others. Undoubtedly, religion has a historical character, it has its own, very interesting and instructive history. 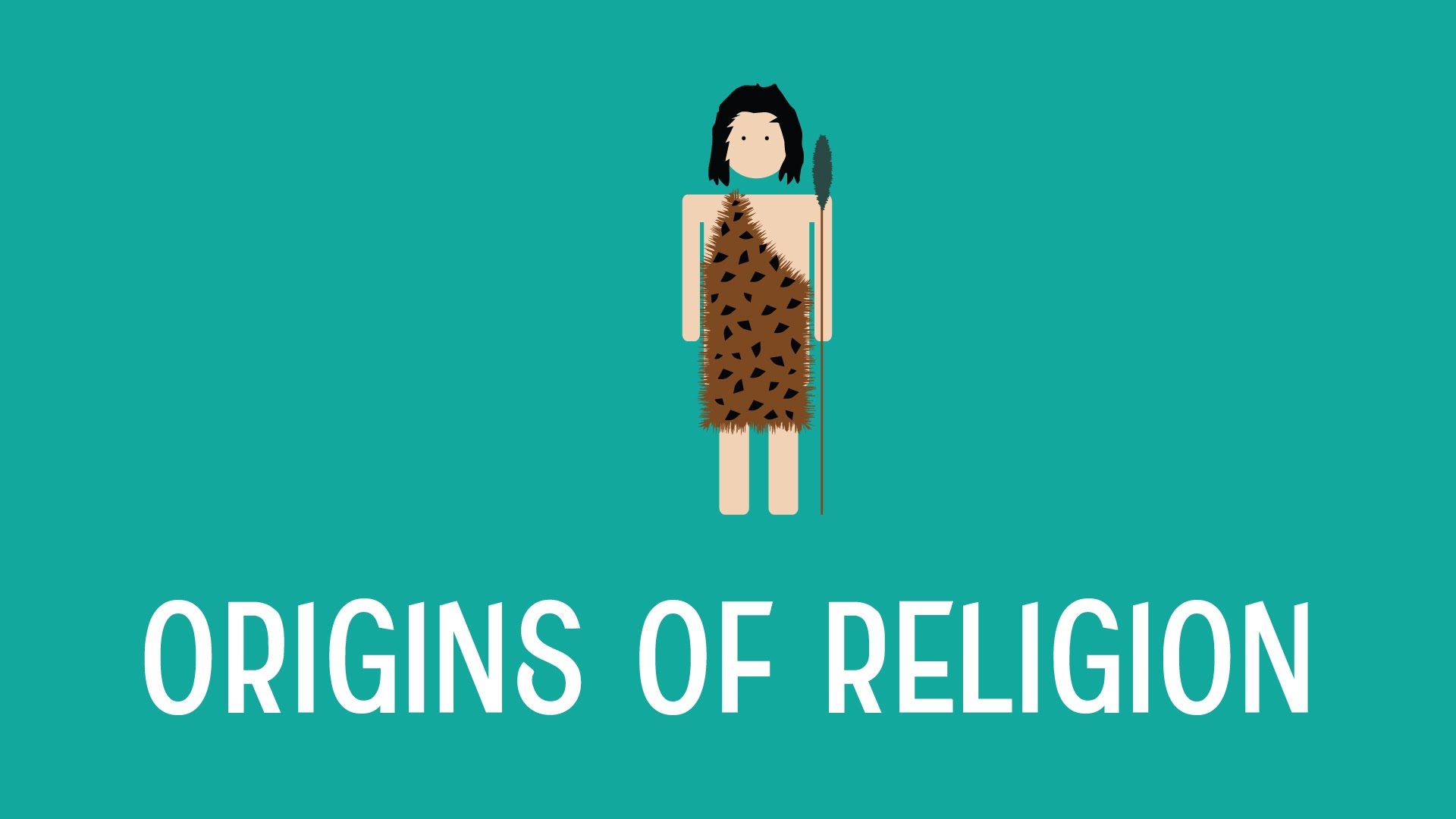 Theological theories of the origin of religion

First of all, consider theories of the origin of religion, which emphasize the natural causes and circumstances of this complex process. Their development involves prominent philosophers who share a religious point of view on the world, they contain a lot of profound considerations, they can be united by the general name - theological theories. It is traditionalistic, theistic, and specifically-orthodox - academic.

Traditional theory. This point of view on the origin of religion is that God himself directly revealed the religion to the first people. In Christianity, this concept looks like a biblical narrative about the communication of the first people, Adam and Eve, in paradise with God, and also supernatural contacts with God Moses and other biblical characters. This alternative of traditionalism rejects any appeal to any argument, the more scientific nature. It is based only on unconditional faith.

Thinkers who call the church history the holy fathers of the church developed traditional understanding of the origin of religion. In Orthodoxy, it is Athanasius of Alexandria, Basil the Great, Gregory Nazianzin, John Chrysostom and John Damasin, among Catholics - Ambrose of Mediolans, Augustine the Blessed, Jeronim. It should also be called Origen and Tertullian and especially Thomas Aquinas (1225 or 1226-1274), who in his main work, "The Sum of Theology," reasoned as follows: "A man correlates with God as his purpose, but this goal cannot be grasped by reason". It turns out that a man needs to know something for his salvation, which the mind cannot comprehend.

The traditionalist theory of the origin of religion is easily perceived, does not require proof, because it is based on faith. This is due to its widespread and centuries-old existence. This theory in Christian theology has, so to speak, domestic use, since it concerns only Christianity itself. In relation to other religions, Christianity uses any other explanation. But there is little theology that will succeed in theoretical considerations, because it contains an underestimate of the creative ideas of God and disdain for the thinking of man, which is the culmination of God's creativity.

Theistic theory. This theory of the origin of religion from the very essence of theism. Theism recognizes the existence of God as essentially the opposite of the world of the finished things and phenomena, the beings of absolute, unlimited, higher and man, and nature; that is superhuman and supernatural, living and personal, possessing all spiritual perfections and exists in front of everything and is the source of everything, therefore, of religion. There is a council of variants of theistic concept, but they are all united mainly - religion is the result of divine revelation at a certain stage of the spiritual development of mankind. It is clear that this concept comes from the unconditional recognition of God.

First of all, we call Rene Descartes (1559-1650), following the dualistic conception of the soul-body relationship and the concepts of innate ideas, Descartes advanced an ontological proof of the existence of God; the idea of God as the most perfect being must also provide such quality as existence: we think of God, hence it exists. We think of God because the idea of the Divine is a leading innate idea, it exists in the mind of man from the birth of c and manifests itself as the knowledge of God. Consequently, religion is manifested in the cognitive activity of man as the unfolding of the innate idea of God.

Then we recall Gottfried Wilhelm Leibnitz (1646-1716), the founder of theological rationalism: the deployment of Cartesian innate ideas begins with the influence of experience, empirical knowledge. Thanks to this mankind and came to Christianity, it is the only religion of revelation.

A special place in the development of theistic theory belongs to the German philosopher, psychologist and teacher Johann Frederick Gerbart (1776-1841). The main thing in religion, taught by Herbart, is that it establishes the expediency of nature, and man comes to religion through the realization of this thought. Expediency in nature causes a religious aesthetic feeling, forcing us to contemplate the greatness of God, generates religious concepts.

Immanuel Hermann Fichte (1797-1879) laid the so-called speculative theism: religion as the relation of man to God is a complex of certain feelings, which are the result of two factors: the first is the feeling of its own finiteness, of limited need, which needs help; the second is the sensation of our being, which is realized by the infinite, to which we are conquered.

A significant figure among theists of theistic theory is one of the founders of the German classic idealism Friedrich Shieling (1775- 1854). He taught that everything existing with the result of the original act of irrational will, which cannot be grasped by rational thinking. To do this, you can apply only the empirical experience that exists in mythology and religion. There is a revelation there. But it is impossible to explain the origin of religion in one revelation, as did traditionalists. If we assume that before the revelation people did not know God, it would be a recognition of the presence of atheism in the initial period of human existence.

Concluding an overview of the theistic concepts of the origin of religion, one should pay attention to a group of theories that use mystical considerations to justify the supernatural origin of religion, therefore they can be called mystical theories. Their essence is that the origin of religion is the result of revelation, but not that, which was finally given to the first people or chosen persons directly by God, but due to the constant influence of the Deity on the spirit of the person operating in the present.

Brilliant figure among mystics - Friedrich Henry Jacobi (1743- 1819). Jacobi believed that for the knowledge of God neither feelings nor thinking was enough: either nature or reason would not give knowledge of God. Nature not so much reveals how much God hides from us, because we see in it the coincidence of causes without beginning and the edge. The mind operates in a limited world, and it itself is limited and leads to the recognition of the limitations of all existing. The recognition of God is given only by our inner feelings, they are the source of religion.

This mystical knowledge of God is the leading method of many theological systems. It has a centuries-long history, especially bright pages of which are written in the East, which are now actively processed by neo-religions of eastern origin both abroad and in our country.

For theologians who operate logical considerations and actively apply to science, mysticism does not appear to be a confident accomplice of the latest theological constructs. That is why the theorizing Orthodox theologians are restrained towards mystical concepts.

When considering the problems of the origin of religion, the question arises as to which gods believed in the beginning of religion, people? Depending on the nature and composition of the hierarchical construction of the system of supernatural beings, which each religion operates without exception, in religious studies there are two types of religions: monotheistic and polytheistic.

Monotheistic religions are those that are built on the recognition of one, only God; Other supernatural beings (angels, saints, prophets, etc.) are mediators between God and men. 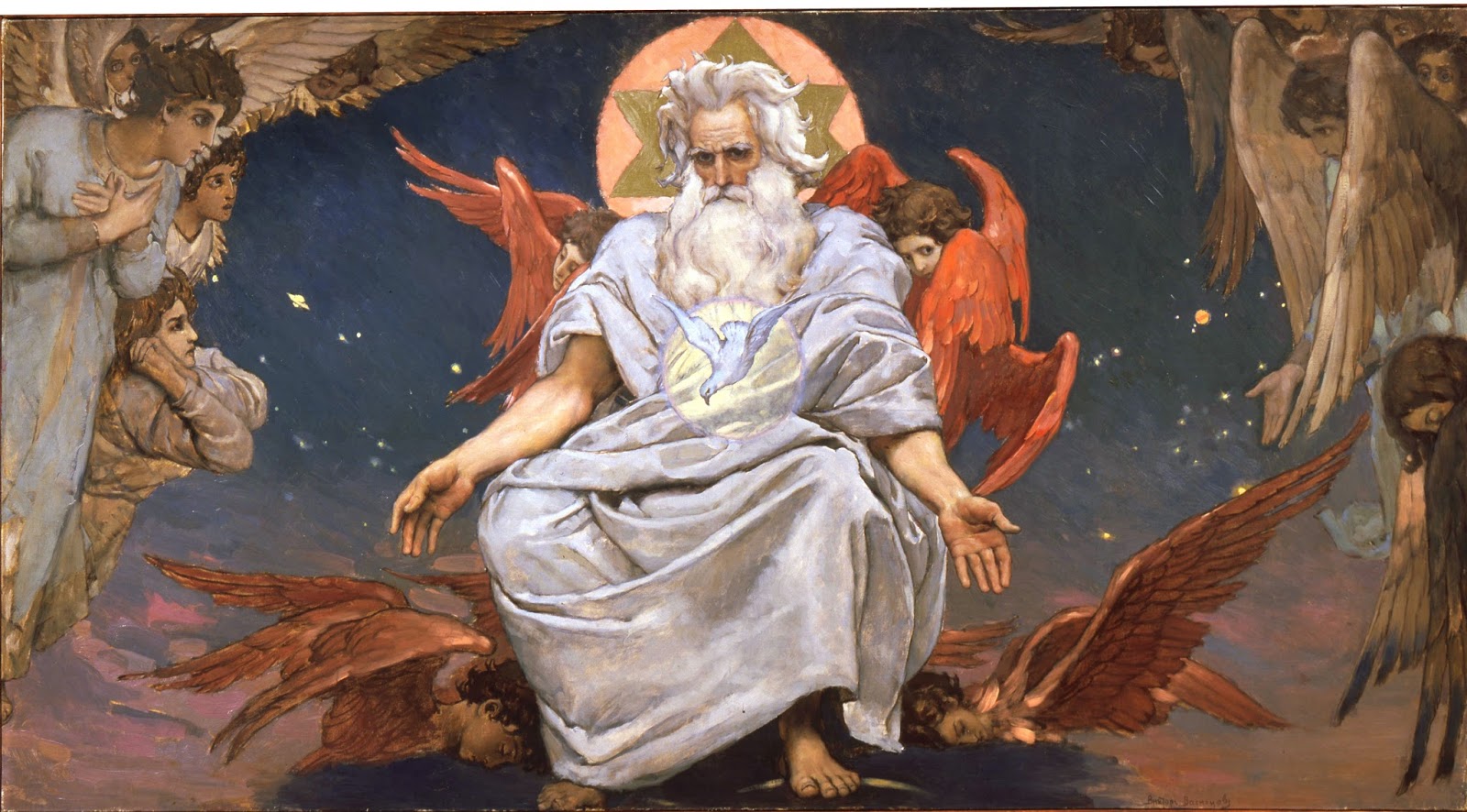 Pliteistic religions in their hierarchy have a certain, even a significant number of gods of various ranks and scales, with their range of rights and responsibilities, the sphere of management and activity.

Academic theism. In the second half of the 19th century. In Russian theology a school of academic philosophy arose, the founder of which was the professor of the Moscow Theological Academy F. Golubinsky (1796-1854), who developed ontological problems, as well as problems of knowledge of God. His student V. Kudryavtsev-Platonov (1828-1891) researched the problem of the origin of religion. The origin of religion Platonov considers it possible to explain the effect of two sources:

To justify his point of view, Kudryavtsev refers to the theory of innate knowledge: in the human mind there is knowledge that exists before experience, regardless of practice. It occurs when the soul before the birth of the body contemplates the entities that exist outside the physical world, or it comes from a certain Absolute, which through this knowledge reveals its existence.

Academic theism, referring to scientific argumentation, makes a serious step in the perfection of the theological theory of the origin of religion. But he can not cross the line to true science, he can not abandon the absolute priority of faith as a leading argument. He just tries to rise to the modern level of development of human thinking, wants to make religion more modern.